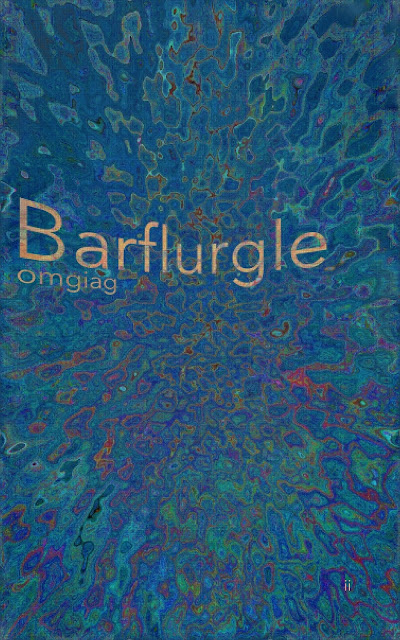 There are too many characters in this book to list, so I'm not going to list them.  I will say this though.  They are a willful, difficult, sometimes remarkably stupid or impaired bunch.  Some of them want to end everything.  Some want to find God.  One or more of them is God.  Then there are some who are gods, gods who feel like everyone has forgotten about them.  There is no real plot, and how could there be given that the whole lot of them are running around like a bunch of blind mice on speed.  If I can say anything about this book it is this:  Things happen, and they happen for a reason, but reading this book will never bring you even remotely close to understanding why they happen.

This is the sequel to Kev.  It has a beautiful cover that when looked at will allow you to understand just what the book is about.  Well, it might.  Maybe not.  Whatever the case, it is a beautiful cover and that says a lot in my opinion.  I mean, have you ever seen a more beautiful cover?  Just look at it.  Allow it to draw you in.  Not working?  Well, it's just a cover.

Today is March 17, 2015.  This book will be done sometime around November (not sure about the year yet.)  If I don't burn the manuscript in a fit of rage, I will probably publish it.  Unlike Kev, this book did not just write itself.  Rather, it has been struggling with me from the first word.  Never before have I labored like this to write a story.  It makes me wonder if I should write its sequel.  I might not.  At least, I won't write a sequel if the words on the pages keep playing tricks on me and rearranging themselves into taunts and jabs.

So there you have it.  And just so you know, Barflurgle is more of a sound than a word, but it does have a meaning.  If you bother to read the book you will find out what that meaning is.  Of course, there are only twelve of you who even know I'm writing this book.  Given that my marketing skills are that of a brainless chimpanzee, it is highly unlikely that anyone else will find out that it exists.  You won't be seeing me appearing in bookstores or at seminars or writer's workshops, and I won't be doing much other than writing this blog which nobody will ever see because I haven't the slightest clue what SEO means or how you apply it to your life.  I have heard it is rather powerful though.  Still, things like that take time to research and I really don't have much time these days.  I have my badminton club, bridge club, the anti-swimming league, the green tea support group, my regular ballet lessons, fart noise contests with my younger daughter, time spent tracking down my older daughter who is eighteen now and apparently doesn't know how to use a phone.  What little time I have left I spend knitting, jousting, playing Minecraft, cleaning dusty doorknobs, struggling to find work that will actually give me a good reason to file my taxes, hanging out in dive bars looking for light conversation, stapling flyers to telephone poles, painting and spending time with my wife, who thinks I have far too much on my plate.  Oh yeah, and I write.  In short, I have no time for SEO or other marketing techniques.